Christian Legal Aid of Los Angeles hosted our 13th Annual Prayer Breakfast on November 2nd, 2019,
​from 9:00am to 11:00am at the Cathedral of Our Lady of the Angels. Videos and pictures will be posted soon.
​ 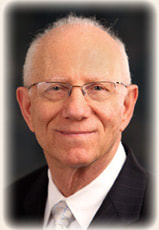 ​Our Thirteenth Annual Prayer Breakfast was held at 9:00am on Saturday, November 2, 2019 at the Cathedral of Our
Lady of the Angels. This year’s keynote speaker was our own CLA-LA President, Terran Steinhart.

Executive Director Dean Wilson: "I learn something from Terry Steinhart every time I'm with him. He has a brilliant mind and a kind heart. He is a person of passion and compassion. He is a Kingdom of God visionary. You won't want to miss this year's Prayer Breakfast!"

Since 1981, he has been the sole proprietor of Steinhart Law Offices, majoring in business, entertainment and personal injury litigation, trials and appeals. During the 16 years prior to founding Steinhart Law Offices, Terry was mentored by senior attorneys, during which he was a litigation associate or partner in four other law firms. Fittingly, during his long practice of law, Terry has provided representation to clients from a multitude of countries, and from every continent, major racial group, and major religious group.

Terry has served faithfully as a CLA-LA Pro Bono attorney attending regularly at our Legal Aid Clinics and as a Board member since our inception. Terry loves the Lord with all his heart and counts it a blessing to love his neighbor as himself through CLA-LA.

Table hosts, sponsors, and their guests have access to early registration! If you are interested in sponsoring, hosting a table, or volunteering at the event, please contact us at Dean@cla-la.org.